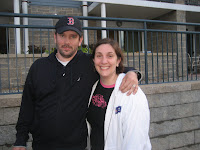 were invited to a wedding in Lake George! 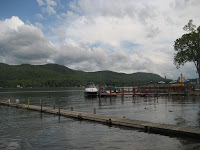 Since the happy couple 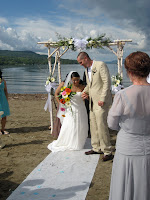 knew a lot of doggie owners would be coming, they blocked off a set of rooms at O'Sullivan's on the Lake.  We were able to rent a cabin lakeside, and Finn definitely enjoyed herself 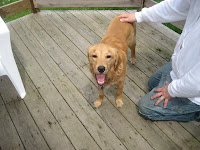 despite not being allowed in the lake! 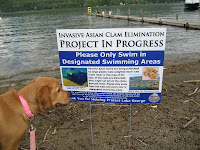 The next day, Mommy had a work meeting in Salem, NY, so the family joined her.  We stayed at the beautiful Hopkins House Farm. 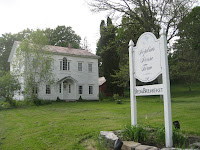 Salem isn't a bustling town by any means 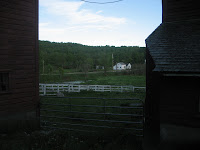 but Finn definitely enjoyed herself again, being the lady of the manor! 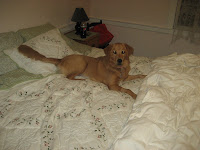 There were some other friends staying there 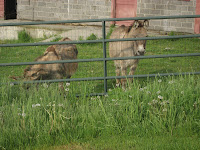 but this is as close as our little Finn made it to them: 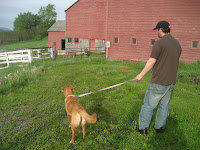 I'd say she was a little scared to say the least! 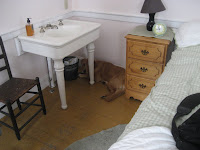 Or maybe she just likes lying down in confined spaces!  Hope that everyone had a great weekend as well!
Posted by Finn at 3:14 PM